Hello people! I have discovered Whatpadd – I knew it existed long ago, but just ventured on it recently – and OMG I don’t know what happened, but I started reading all these werewolf and vampire stories!! Perfect for a Halloween themed blog post 😉

It is very interesting to read raw manuscripts. It is so, so obvious that no editor has gone through it. First off, even though I am not a native English speaker, I always spot tons of typos. Second, repetitions!! The same word coming in every sentence in a given paragraph lol. I understand some people publish chapter after chapter, writing feverishly. But I assure you that it does make a difference to the reader when typos are corrected (and I think some of them are because of auto-correct, how ironic!!) and when a little bit of work is done on synonyms. I speak as a writer myself, although a non-fiction one 😉

So, here is my little selection:

Vampires have taken over the world. Each city is ruled by a Lord. Rich humans are citizens, but they must regularly give their blood to vampires. Poor humans are either slaves if they are male, or pets if they are females. Pets serve to satisfy vampires’ need of fresh blood, as blood collected from citizens is apparently yuk.

Our heroin is called Khloe, she was born a citizen but her family escaped the city, and when they were caught, they were all killed. Except Khloe, who was sold as a pet. She is bought by Nicolas, a super sexy vampire – what else lol. slowly, it appears that Nicolas is different from other vampires. He respects her as a person. And slowly, of course, they fall for each other.

Loved this book. It isn’t complete yet, but OMG Nicolas is boyfriend material!! He is respectful, tender, loving. Everything you want. And, he knows how to take it slow and pleasure his partner. Some sexy moments, very adults, but not only. The plot is ok, could be a bit better but could be waaaay worse. Honestly a great find. And not too many typos.

Red Riding the Alpha by Mia

Ahahahah it’s all in the title, isn’t it? A sexy rendition of the classic tale of the Little Red Riding Hood. This time, Red is a human taken away to be the mate of the alpha of the nearby werewolf pack. What she doesn’t know is that she isn’t a regular human, but half werewolf, half witch.

This novel wasn’t finished when I read it. I liked the beginning to a certain extend, but then when Red discovers her powers and is overtaken by them, it went downhill for me. The story is just an excuse for super duper sexy moments, so if you feel like reading something hot, this might be for you. Although I didn’t like the fact that she had to have sex without consent, « even though her body did consent », but still. WTF, right?

So all in all, good sexy content, but story-wise, nah.

The Dreams and Reality Trilogy: My dreams, his reality / Dreams fade away / Reality sets in

Three books by Shanika Redlakes about a coming of age werewolf romance. She chats a lot as an author, which I disliked at first (asking stuff like « did you expect this? » Dude, yeah, kind of lol – or « I didn’t know what to write/which direction to take/blablablah »), but it grew on me and after a while I started anticipating her own thoughts as much as her story. I also like that she recommends books that she’s read. How nice to promote other authors! I’ve read most of them so we share the same taste (like the Book Thief, among others).

Story is about Zara and Harper. He’s the heir of the local alpha, she’s just a regular human, but she’s her « mate » – meaning they are destined to each others. Zara hates Harper as he’s such a playboy, litterally fucking every girl he can, sometimes several different ones per day :p yeah, he’s got stamina! But when he discovers that Zara is his mate, which manifests physically in him, he changes 100 % for her.

Of course it takes a little while for Zara to accept that Harper has changed and that they can have a relationship. After a while she decides to give it a chance. That’s when Harper tell her about werewolves and she freaks out when he becomes a big white wolf in front of her. But even so, she goes for it and they have a super duper cute honey moon period with hot steamy sex :p

It all changes when one of Zara’s best friend discovers that she’s pregnant with Harper’s baby. Yeah, before becoming a good boy, he was fucking everybody, remember? Ooooops. That’s a bit much for Zara. On top of that, she gets a prediction from the Moon Goddess herself that she will never have children with Harper, and so this baby will be heir of the werewolf pack. Yihaaa.

She can’t take it and escapes to a nearby city where her elder sister goes to uni. There, she meets Ethan, another werewolf, who turns out to be her batair – or protector. That means that they have a kind of attraction, and poor Zara doesn’t know anymore whom she wants to be with.

To top it all, the werewolf pack at home is under threat and Zara has horrible dreams in which everybody she loves dies. So she needs to go back to help, whatever it means.

This is were the story is so far. Honestly I had doubts when I started it but the story really grew on me as I progressed into it, and I so much root for these unperfect but oh so real characters. Recommend as well!!

You can read the Dream and Reality trilogy here. 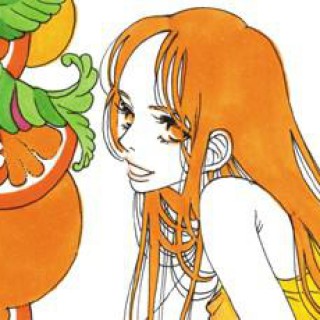